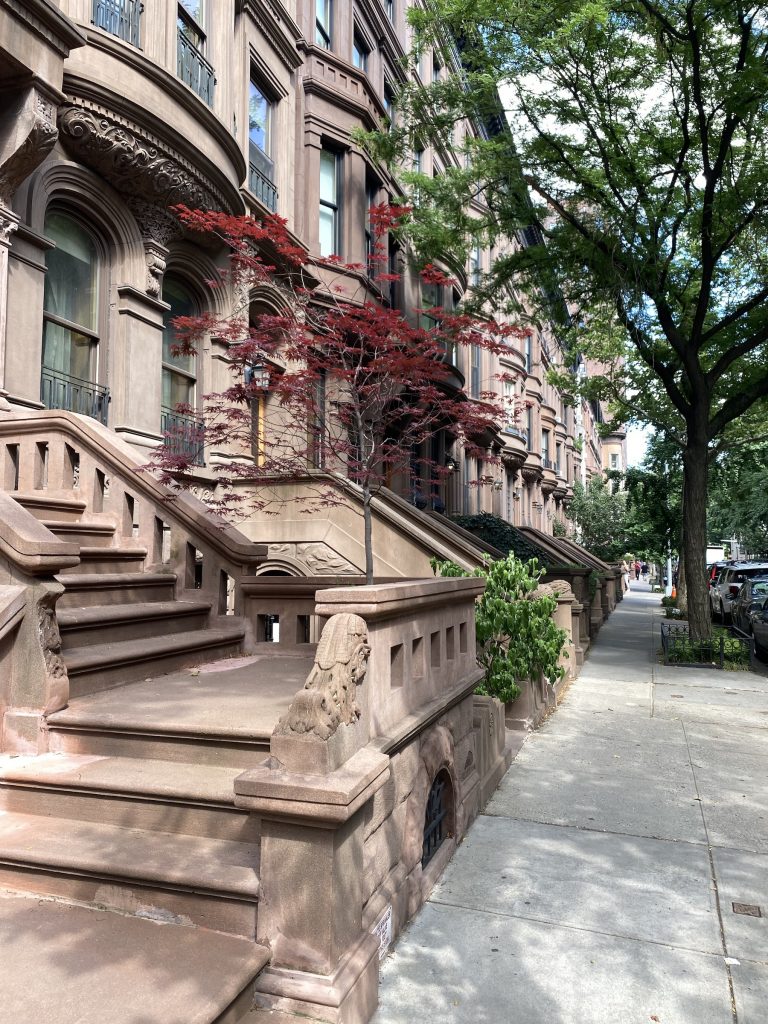 Above: A quick iPhone photo while walking around the Upper West Side.

It’s been a minute! A busy early summer travel season and a new job have kept me pretty occupied these past few weeks.

‘Tis the month of the much promoted Nordstrom Anniversary Sale. This year, however, I had very little interest in shopping it.. Even when I’m not in the market for anything, I typically still like to browse. Maybe I’m all sales-ed-out? Which isn’t a terrible thing, at the end of the day. Elaine wrote a great post about the dissonant balance content creators will encounter, especially when it comes to big retail tentpoles like the Anniversary sale.

That’s not to say I’ve abstained from all shopping… the new job has me back in the office about ~1-2x per week. While I never went full athleisure during 100% remote WFH life, some of my staples are admittedly looking a bit worse for wear. We’re talking t-shirts with quite a bit of pilling and sauce stains… which aren’t obvious on Zoom, but definitely noticeable in person.

While in NYC a few weeks back, I picked up two button-down shirts (similar here) from the Cos sale. I’ve found these to be the perfect layering piece in an office that can run both warm & cold. And as much as I love my cropped tanks from the past two years, I needed some just slightly longer – these from Madewell and Anthropologie fit the bill.

My trusty go-to wedding guest sandals have sadly stretched out, so I replaced them with these Dolce Vita sandals that are surprisingly comfortable. They stayed put as I trekked 20+ blocks to/from a Broadway show and up/down subway stairs. On the topic of shoes, I also received two pairs of Alohas sandals that I had pre-ordered back in March. Review coming shortly!

Last but not least, I’m trying to improve my discipline around suncare. While I wear facial sunscreen daily (even while WFH), I haven’t paid as much attention to the rest of my body. I recently purchased the Supergoop Play SPF50, which I like so far. It doesn’t have too much residue, and has a surprisingly pleasant scent that isn’t overwhelmingly sunscreen-y.

What I’ve Been Watching

After the past year of foundational home fixes and updates (such as bringing our 1960s electrical up to code, eek) we’re now into the more ‘fun’ part of replacing and adding some furnishings. We’re going about this slowly and not in a rush, as our home will likely always be in some sort of evolution.

Of course, YouTube has a ton of great content for inspiration. I’ve been catching up on Architectural Digest’s Open Door series, which I stumbled upon during the early panini days. Some of my favorite home tours include Justina Blakenly, Hilary Duff; separately, I love this IKEA Billy bookcase transformation showdown.