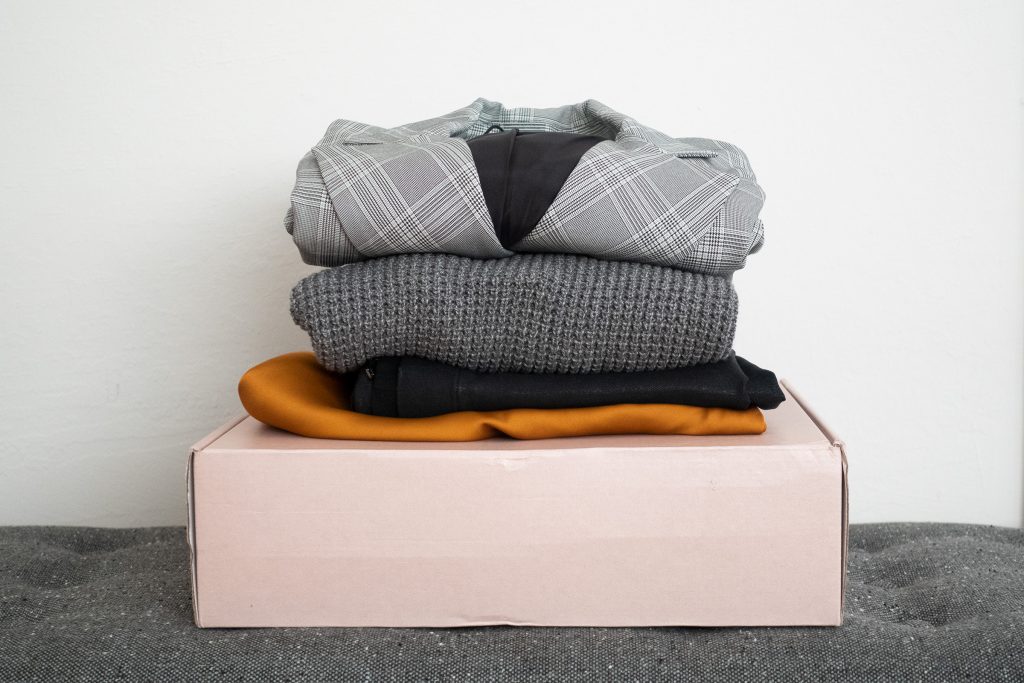 I’ve known about Vetta for some time now, but never had the occasion or need to try out their famed capsule collections. Similar to Amour Vert (a local favorite), Vetta works with local factories and organic or recycled materials to create classic pieces for work and for casual wear.

Every few months, Vetta launches or refreshes a capsule collection of 5 items. The vast majority of their pieces can be worn multiple ways – their claim is “30 outfits from 5 pieces”. I generally work in a casual environment, so their latest Edgy Capsule release spoke to me most. However, I also love this Convertible Trench, and hope it comes back in stock soon

Though they’ve launched a few new collections this year, I appreciate that they typically only make small modifications or updates to existing capsules each time they relaunch. For example, the same blazer dress, sweater and pants were featured in last year’s Edgy Capsule too. I decided to give a few pieces from this capsule, plus their reversible midi skirt a try. While the latter is simple and can be sewed, I have no desire to fiddle with sewing silk on the bias cut :)

Now, onto the reviews:

I really like this piece – an oversized blazer that can be worn three ways: blazer, vest, and dress. In general, I love that the elongated blazer look is in again. This was one of my favorite silhouettes in the early 2010’s, as it helps balance out my short-torso proportions. The sleeves are very easy to zip on and off.

I didn’t love it as a dress, as it made me and my narrow hips look rectangular – but as a blazer and vest it is great. Though I appreciate that it is made of recycled polyester and is machine-washable, I wish it were made from wool instead.

Can’t really go wrong with a simple, mockneck or turtle neck sweater with side zips. I like both versions, and found it manageable to switch between the two styles. The hidden buttons are not nearly as easy as the blazer, but only took me a few minutes to do / undo.

Like with the blazer dress, I wish this came in a wool version. I like that they used organic cotton, but I haven’t had great luck with cotton sweaters holding their shape after multiple wears, so I generally prefer wool!

Very on-trend for the warmer months, a classic bias-cut skirt that drapes beautifully with minimal seams. I think this is lovely to wear, and unrecognizable as a reversible skirt. I wish had tried it on in an XS as the S was a bit too large for me. My fault really, as I should have referenced the size chart.

The faux wrap portion of this skirt is really what sold it for me! The faux wrap is a snap-on addition that adds a fun shape to this mini skirt. I found that the length was good for me (5’4”) – short enough to be a mini skirt but long enough to be somewhat modest. These can easily be paired with leggings in the (California) winter.

I normally wear a Size 26 in jeans, and found that the Size 4 fit snug around the hips (which is ok, there is stretch) but was slightly loose in the waist. I don’t think Size 2 would have fit me, as it would be too tight in the hips. Because of this, I’m on the fence on keeping this one – despite loving the overall aesthetic and style!

Overall, I was pretty impressed with all of these pieces. Ultimately, I decided to keep the leatherette skirt, since added some variety to my wardrobe. The blazer dress & midi skirt were close contenders, but I’m holding out for that convertible trench!